Uganda. An African country in the green equatorial belt, that Winston Churchill called “the pearl of Africa”. According to what he said upon his visit in 1907 “For magnificence, for variety of form and color, for profusion of brilliant life — bird, insect, reptile, beast — for vast scale — Uganda is truly “the Pearl of Africa.“. Uganda is one of the countries that became famous for the wrong reasons. After all the history of the African continent is full of tragic events continuing to these days. The colonial yoke of the British, followed a weak governance with a strong role of local tribesmen. In 1971, a dictatorship led by the arrogant, bloodthirsty criminal named Idi Amin Dada led to massive ethnic cleansing, with hundreds of thousands of victims. Political instability and civil war continued after his fall, led by Milton Obote who made less known, but maybe worse clearances. Today, peace and a formal -but not essential- democracy prevail in Uganda. Like is said, in these countries, governments are changing only with war.

Because of its geographical location, the country enjoys an extremely fertile land that can produce a lot of agricultural products, while the subsoil is promising and yet unexploited. A large part of the country is washed by Lake Victoria, the largest in Africa and the world’s second largest lake of freshwater, which gives life to an extensive ecosystem. Here is sourced one of the two tributaries that form the Nile River on its 6000 kilometres trip to the Mediterranean Sea. In the west of the country, on the border with the Democratic Republic of Congo and Rwanda,  dense tropical forests constitutes the refuge for many animals, including the endangered mountain gorilla, with less than 800 individuals left on the planet.

Despite the rich resources, this part of the world does not escape the typically low living standards and the generally deep poverty of Africa. Despite the fertile soil and the tropical climate, agricultural production is heavily influenced by droughts and in combination with the absence of land reclamation projects, it exacerbates the survival prospects of the 37 million souls living here. In addition, health services are not a free public right. Higher education too, while parents are unable to support children’s expenses even for primary education. Welcome to the country whose name is synonymous with poverty and chaotic governance.

The living standards of Ugandan people, is sadly very low. But this is not a deterrent to their nobility, helpfulnes and kindness. It is certain that if you give them a smile it’ll be returned back to you.

The capital Kampala is a stone’s throw from Lake Victoria. A city with dirt roads and slums that often resemble a typical African village and not a state capital. The central hubs of the dissolved road network are crowded with vehicles, mainly taxi-buses (typical African mini buses) and boda-boda (moto-taxi) that compete anarchously for a piece of road always under construction, resembling to a bombed landscape. Besides, almost all of the country’s road network is being abandoned in the condition left by the British back in the ’60s. Though, Chinese manufacturers, typically across Africa, are constructing big roads for future exploitation. Having traveled in many third world chaotic traffic conditions, I’d place Kampala in the lowest position, worse even than India. I will not refer to sightseeing that don’t really exist. After all, the beauty of these places is the chaos itself, the dust, the slums, the hundreds of eyes on the muzungu (as the white skinned is called), the endless smiles to be collected.

Jinja is just 60 km from Kampala. The route, however, keeps unbelievable traffic conditions on a chaotic road. Jinja is well-known for the point where Lake Victoria becomes the source for the White Nile begining its long journey.

The Murchison National Park is located in the northwest of the country with the homonymous powerful waterfall compressing the waters of White Nile in a 43 meters high fall and just 7 meters wide. Boats offer an enjoyable cruise near the waterfall, along the banks of the river that are rich in large mammals, reptiles and birds. Ferry platforms cross the river to transport the vehicles of organized safaris or private cars like ours. On the opposite bank, a vast savanna does not reminiscent of the lush green rest of Uganda and just like most of African savannas, it’s an ecosystem hosting crowds of wild animals. Staying inside the park is charged per 24 hours and accommodation is offered in a few scattered campings.

Fort Portal is a quiet town 300 kilometers south of Murchison. Although the maps indicate an asphalt road, it is actually an awful dirt road through red dust, with just a couple of points where Chinese builders -like all around Africa -have started road and bridges construction. Of course the 8 hours distance mentioned on the map do not correspond to the reality and we decided to drive this “highway” that most locals ignore, on the same day.

Queen Elizabeth National Park is crossed by the equatorial line and is the most famous of the country, hosting among others the famous tree lions that have developed this, rare for their kind, climbing capacity. Another special feature is the fact that this park is a substantially residential area where you meet small villages on the shores of Lake Edouard and George. For a lucky visitor, even walking to his lodge hut may reserve a wild animal meeting. The surrounding area is scattered over beautiful volcanic lakes.

Kabale is the largest city near Lake Bunyoni, with its lacy coastline across the lush green landscape consisting a serene setting that does not remind of Africa. It is the only lake in the country where swimming is safe from bilharzia disease and is also suitable for kayaking or small boat rides.

Kisoro is the southeastern city near the borders of Rwanda and DR Congo. The route here goes through highlands and dense tea plantations, while the landscape begins to become more mountainous. We are in the neighborhood of the impassable forests, the last shelter of the threatened mountain gorilla, on the slopes of mighty Virunga mountain range. 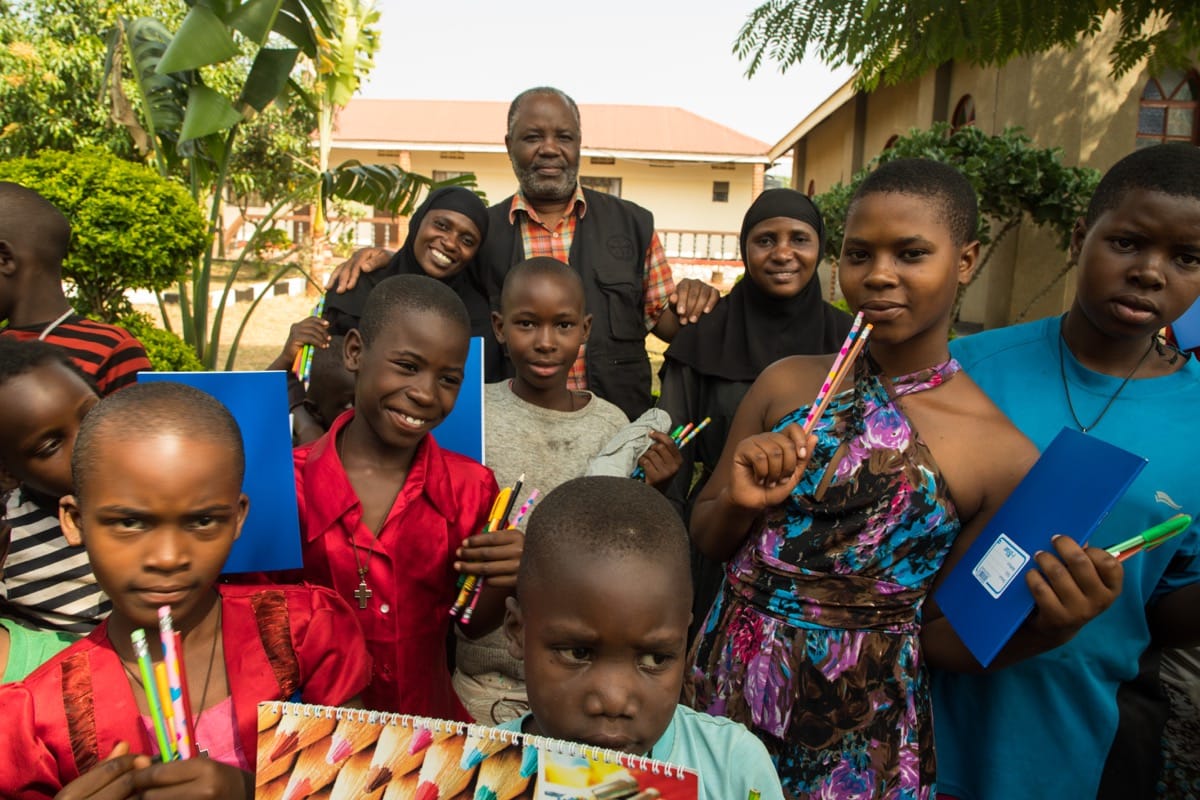