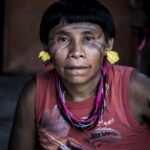 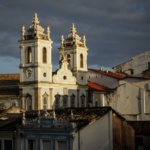 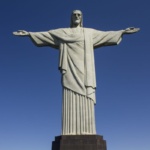 Brazil resembles to most of us, as the ultimate exotic destination. The largest country in South America and the 5th largest in the world, is famous for its whitewashed beaches, its unique metropolis, the music, the frantic carnival, football and, of course, the great Amazon River, the largest in volume of water surrounded with a vast rainforest responsible for 20% of the planet’s oxygen. A country with such a strong “CV” should excite every traveler. My own experience, however, was inferior to expectations. The ecosystem I encountered was poorer than many other jungles of the planet, rare seen fauna and native tribes almost disappeared … (https://tripinpictures.com/yanomami-a-tribe-under-threat). The music and lively nightlife we have in mind, is not a commodity while in the evenings urban places turn into ghost cities. And even though we ignored all the warnings, walking around at night and socializing with homeless and hippies in the empty quarters of Salvador de Bahia, drifting the alleys of Rio de Janeiro’s favelas, we have confirmed the high crime rate, fortunately only with one theft attempt. Though, in a country so huge, it takes a lot of time to discover its hidden treasures and the pleasures of a trip is a completely personal matter.

Brazilians are passionate people, remarkably friendly and helpful to the foreigner. This fact is however, overshadowed by high crime rate, which somewhat limits spontaneous human contacts.

Amazon – Manaus
A vast ecosystem encompasses the world’s largest in terms of volume of water, river. A river that is also a commercial route connecting the Atlantic Ocean with the heart of South America. Manaus is a metropolis of two million souls on the river shores, at the meeting point of Rio Salimones and Rio Negro. continuing the journey of the Amazon to the ocean. Manaus is a warm and humid tropical city and is considered relatively safe. The most famous attractions is the opera, the marvelous Teatro Amazonas.

Salvador de Bahia
A marvel city on the Atlantic coast with a beautiful historic center, named Pelourinho. A large elevator comfortably connects the hill of Pelourinho to the coastal area that extends to the outskirts of the city, combining modern buildings with white beaches. An extensive island complex is also within close distance. Salvador is not considered safe and the locals avoid moving around, even driving, after 10pm. Especially Pelourinho is considered to be a dangerous area and regardless its touristic profile in the day time, lacks any nightlife fun. Nevertheless, every Tuesday night, Pelo (Pelourinho) is filled by frantic drum rhythms played by its street bands.

Rio de Janeiro
The City of Cities, the country’s second largest, built on one of the most magical parts of the planet… On the mouth of a bay, in a breathtaking landscape, embellished with lush limestone hills and lacy white beaches, the city was named “River of January” when the Europeans sailed there on January 1, 1502. The majestic statue of “Christ the Redeemer” dominates the city view on the Corcovado hill, while the Sugarloaf Hill offers panoramic views all over the city. The cosmopolitan beaches of Ipanema and Copacabana, as well as smaller ones, are the daily attraction of “Cariocas”, as citizens of Rio call themselves. At the foot of the surrounding hills, hundreds of large and small slums, known as “favelas”, enjoy spectacular views. Social differences are strongly evident in the coexistence of favelas, where poverty and organized crime find shelter and modern high-class areas in a breathtaking distance.

Decide which cookies you want to allow. You can change these settings at any time. However, this can result in some functions no longer being available. For information on deleting the cookies, please consult your browser’s help function. Learn more about the cookies we use.

With the slider, you can enable or disable different types of cookies: