Once upon a time there was a tiny, lush green country in the heart of Africa. In this little Eden however, European colonizers dominated, causing some good but also awful results. Among other things, they established racist segregation among the tribes that lived there, setting the foundation for long-standing social inequalities. The story is more or less known. The Hutu race, which is the majority of the population, revolted against the advantageous social position of the Tutsi minority, erupting into unthinkable violence. In 1994, over a period of three months, one million people – 20% of the country’s population – fell dead in a way that mind is hard to imagine. Common citizens suddenly turned into violent murderers, torturing, raping and slaughtering even neighbours, friends, relatives, babies. The international community and the United Nations stepped away as they watched the latest genocide of human history unfold. In a crime of such an extent it is difficult to justify and punish the culprits, let alone when the majority of citizens have their hands dyed with blood. The crimes tribunals condemned the unrepentant, while those who admitted guilt were given grace. Mass killings followed a refugee wave and a deep humanitarian crisis amid continued rebel action.
Today Rwanda has left behind the wounds of the past and the citizens live peacefully, having given forgiveness to each other. Tragic memory is the -more than 200- genocide monuments that exist in every corner of the country, with the hope that tragedies like this will never happen again.
The Rwandan economy is mainly based on family farming. Exported products are coffee and tea but tourism has become the main source of foreign exchange. Rwanda is one of the 3 countries endowed by the rare, threatened mountain gorilla, with a population of around 800 people worldwide.

The Rwandans are kind, smiling and calm people. Nothing reminds their violent past, and as citizens of this African country, they enjoy a fair economy and a living standard superior to their neighboring countries.

Kigali
The capital city is located in the center of the country and is built amphitheatrically upon green hills surrounding the small town center which is built in a prominent position with several modern buildings, luxurious villas and hotels, wide streets. Even slum areaw with the typical dusty dirt roads, look more upgraded than those of neighboring Uganda. The altitude of 1600 meters offers a temperate touch in the tropical climate conditions of the equator, with some rainfall throughout the year.

Ruhengeri
Locals usually call the city of Musanze, such as the name of the surrounding area, in a new naming practice and an attempt to limit the tragic historical memory. The city is the bastion for the famous Virunga Mountains and the Volcanoes National Park. In these mountains, Dian Fossey studied and laid the groundwork for the protection of the gorilla from poaching, from the civil conflicts that plagued the area and from capture for selling to zoos around the world. Her work as well as her unidentifiable murder, became known by the film “Gorillas in the mist”. Now visitors have the opportunity to find themselves next to a family of mountain gorillas in their natural surroundings, if they’re willing to pay a huge amount of money to the Gorillas Protection Organization. There are also more affordable hiking activities in the dense, wet and muddy Virungas, with a minimal chance of meeting with one of the rare animals living there.

Gisenyi
Built on the shores of the famous lake Kivu, the city is divided into two by the border with the Democratic Republic of the Congo, with its other half being the Congolese city of Goma. Gisenyi is a small, elite African city with expensive villas, hotels and beaches where locals use to swim. Lake Kivu contains large amounts of methane that pose the deadly risk of a sudden gas discharge. Also, the volcanic activity of the region has been the cause of major disasters on the Goma side but not in Gisenyi.

Nyamata
A small town 40km from Kigali. Here the visitor will encounter a tragic point of interest, the Nyamata monument of genocide, with the remains, the mass graves, the clothes and objects of 50,000 victims of this irrational genocide. In particular, 10.000 Tutsi people had been sheltered in the adjacent church, considering it to be a safe refuge. Unfortunately, nothing has stopped the carnage. Grenades and bullets fell into the sacred space, and machetes finished the bloody “job”.

2018 welcomes me with a conquest, in a 7.5 hour devastating, abrupt, extremely slippery, muddy ascent. For a while I felt like I would leave my bones beside Dianne Fossey’s, lying on this mountain. I finally made it. Happy New Year. Let our dreams come true @The Virunga mountains, Rwanda. mt. Bisoke summit 3711m 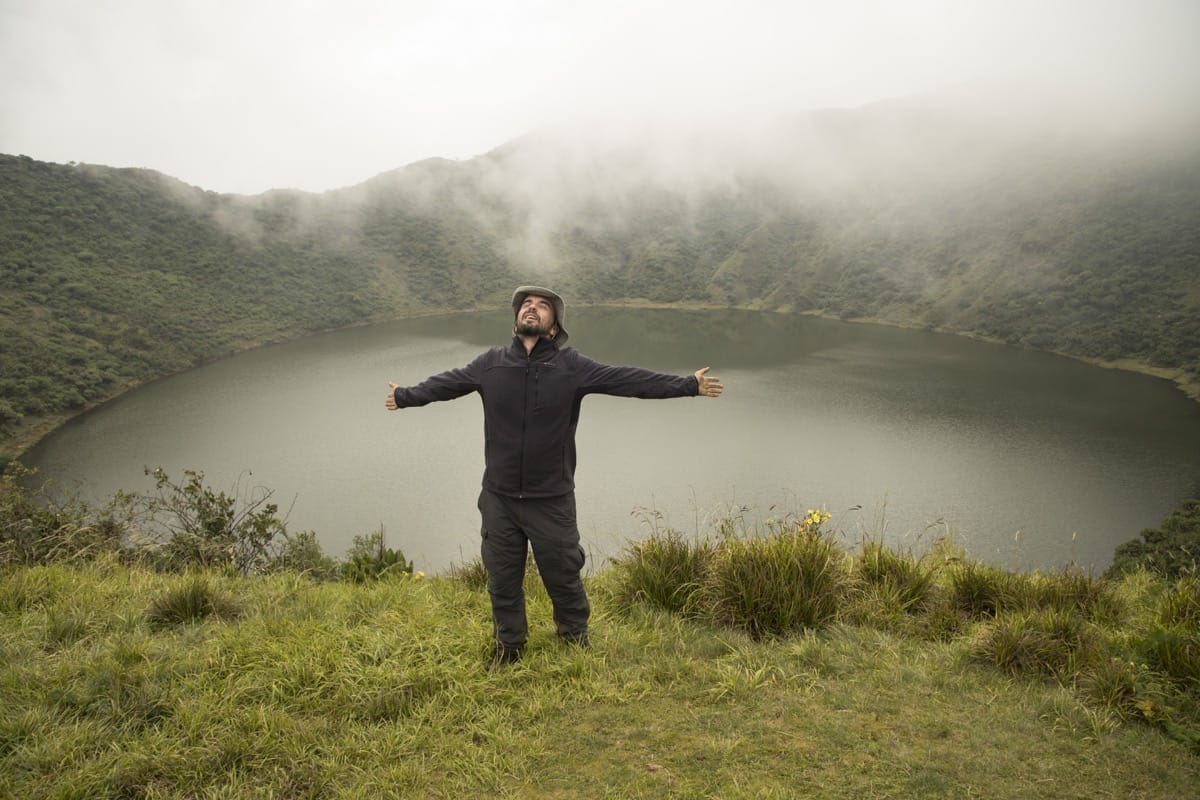 The summit of mt Bisoke, 3711m with the volcanic lake, marking the borders of Rwanda and DRC.